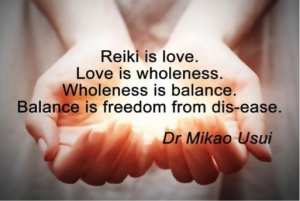 I’m sure we all have completely individual, unique stories to tell.  I’d love to hear yours. Here’s mine.

Bizarrely, I discovered my truth in a work of fiction.

I’d been brought up loosely as a Church of England protestant.  In fact, it was so loose that I remember, on arriving at secondary school, our form master during the first week asking each of us in turn what our religion was.  I actually had no idea and just went along with what the majority response was from my classmates. When my turn came I also blurted out “C of E,” having no idea what it meant, never mind if it was correct or not!

I’d hardly ever attended church services.  I did so at certain times of the school year with my schoolmates.  I went to family weddings but hadn’t yet been to a funeral. The daily school assemblies were sheer boredom to me except for the music.  I loved the Bach that accompanied us as we filed into the hall and I really enjoyed singing some of the hymns, especially at harvest and Christmas time.   But the broader concepts? Any sense of awe or wonder? Heaven and hell? I felt absolutely nothing. Not even the fear or dread we were supposed to experience in the presence of ‘the Lord.’

So my Dad was a huge reader – he’d have four or five books on the go at the same time and he encouraged me to read from as long ago as I can remember.  Though he really loved historical fiction, he didn’t restrict himself - he’d be taking in modern day detectives, factual books, all sorts. And I quickly learned the wonder of doing so myself – losing myself in all sorts of stories.  C.S.Lewis was an early favourite with his Narnia books. Before that I remember devouring stories about Paddington Bear and Dr Dolittle.

As I got older Dad encouraged me to look at books that he thought I’d enjoy, but also from which I might gain more significant insights.  So, aged about fourteen, I encountered the first explanation I’d ever read of reincarnation contained within a novel by one of Dad’s favourite authors.  And although it was set within a fictional story, it came as an absolute revelation to me and I instantly recognised it, not just as a universal law, but as my truth.

Reincarnation and Karma made perfect sense of everything, both universally and at a personal level.  This philosophy gave me a reason for being here. It gave logical reasoning with regard to how we should live our lives, with logical consequences.  Learn, grow and live a good life and the reward will always be progression and soul expansion. Do the opposite and be prepared to go through it all again and again until you do start to recognise the truth and realise why we’re really here.  On a personal level it gave me insights into who Jesus really was – along with Mohammed, Buddha and so many others seen as prophets. Now it made sense. It also made sense of one of my earliest memories, which had always troubled and confused me.

It was in the first house I ever lived in and I was eating dinner – or trying to - with my family.  I remember which room we were in and I know that I was only five years old or less because we left that house when I reached that age.  For me it was a fraught moment in my young life. I was in tears, desperate as always to please and obey my parents, but unable to. They were insisting that I eat my vegetables and, try as I might, I literally couldn’t because the taste of them was making me retch.  Today we recognise that children’s taste buds are HUGELY sensitive and that strong flavours can produce violent reactions in our kids. Back then though it wasn’t tolerated or understood and I was in Trouble with a capital T. The reason that this tiny episode is relevant and significant is this: I could always recall saying vehemently to my Mum and Dad “But I used to be able to do this!!”  And I had a clear memory – a recent memory – of sitting and eating a similar meal, a Sunday dinner with all the trimmings and absolutely loving all of the flavours.

That scared me, upset me and didn’t help in that heated moment.  It was probably entirely insignificant to anyone else around that table, but I never forgot it.  And now it made perfect sense. In a moment of – to me at that age – extreme stress and anxiety, I was recalling scenes from a previous life.

So the years moved on and as I got older my Dad and I compared notes with each other, resulting in deeply spiritual discussions.  I naturally researched the matter for myself in greater depth. I found that we were talking about beliefs and philosophies which pre-dated Christianity by millennia.  And they weren’t exclusive, they were totally inclusive. There was nothing to fight about or for. Catholic bombs were going off around us at the time and absolutely none of that made any sense to me.  But this did and has done so to this day. And now that Dad has transitioned I know he’s also still around me, guiding and protecting me. And I’ve recognised other ascended masters who have graced this space in time for who and what they are.  Personal heroes to me and millions of others, whose universal message has been about just one thing. All you need is Love.

And, as Dr Usui tells us, Reiki is Love.